Robert Quinn-Woodrow Wilson Visiting Fellow from Washington, DC presents, “We Leave Our Guns at the Door: The Essential Role of Higher Education” 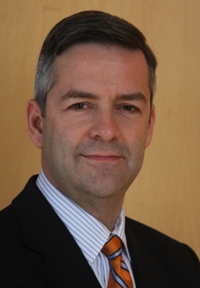 Robert Quinn is the founding Executive Director of the Scholars at Risk Network, based at New York University.  Mr. Quinn currently serves on the  Council of the Magna Charta Observatory, based in Bologna, Italy; the Scientific Committee of Pax Academica, an online journal on academic freedom in Africa published by CODESRIA from Dakar, Senegal; and as a fellow with the Woodrow Wilson Visiting Fellows Program in Washington, DC. He previously served as Executive Director of the Institute of International Education’s Scholar Rescue Fund; on the Steering Committee of the Network for Education and Academic Rights (NEAR), based in London, UK; a member of the Committee on Scientific Freedom and Responsibility of the American Association for the Advancement of Science; a member of the Human Rights Committee of the Association of the Bar of the City of New York; and Joseph Crowley Fellow in International Human Rights and adjunct professor of law at Fordham Law School.  He received an A.B. cum laude from Princeton in 1988, a J.D. cum laude from Fordham in 1994, and an honorary doctorate from Illinois Wesleyan University in 2010. In 2012, Mr. Quinn and Scholars at Risk received the University of Oslo’s human rights award, the Lisl and Leo Eitinger Prize, for “relentless work to protect the human rights of academics and for having inspired and engaged others to stress the importance of academic freedom.”