The Pastor Lecture in International Affairs aims to provide Lafayette College students and the Lafayette community an opportunity to, "listen, pose questions, and exchange views with policy-makers and scholars about important contemporary issues and ideas in international affairs."

The Robert and Margaret Pastor Lecture Series is an integral part of global education at Lafayette College which comes in many forms and benefits many different students in different ways. On the curricular side, the International Affairs Program and area studies programs attract many students. Study abroad programs and global components of the common course of study are also thriving and reach an even broader set of students. It is in this spirit of reaching a broad array of students that co-curricular aspects of global education, such as the Pastor Lecture Series, are so important in helping Lafayette students become well-informed global citizens. 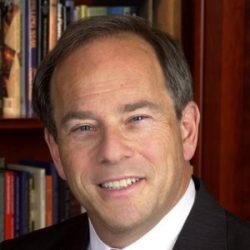 Robert Pastor (’69) was the embodiment of a global citizen. After graduating as a History major from Lafayette in 1969, Bob served in the Peace Corps in Malaysia and could regale you with many a story about the tumultuous times in Southeast Asia. Upon returning home, he found a new home at Harvard where he fortunate to study under tutelage of Prof. Joseph Nye. A day after he completed his PhD at the age of 29, he went to work in the Carter Administration as the National Security Council’s expert on Latin America. Nearly 20 years later, Bob proudly paid the price for his instrumental role during these years in negotiating the Panama Canal Treaty, when Senator Jesse Helms prevented his nomination by Bill Clinton to be US Ambassador to Panama from reaching the floor of the US Senate. Aside from his ensuing academic career at Emory University and American University, Bob worked for the Carter Center furthering human rights and overseeing elections. Robert Pastor passed away in 2014.

2015     Joseph S. Nye, Professor and former Dean of Harvard’s Kennedy School of Government presented, “Is the American Century Over”